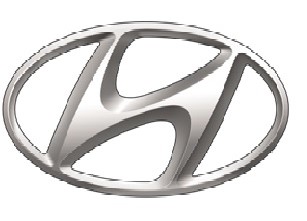 Chung Ju-Yung founded the Hyundai Engineering and Construction Company in 1947. Hyundai Motor Company was later established in 1967, and the company’s first model, the Cortina, was released in cooperation with Ford Motor Company in 1968. When Hyundai wanted to develop their own car, they hired five top British car engineers. In 1975, the Pony, the first South Korean car, was released, with styling by Giorgio of Ital Design and power-train technology provided by Japan’s Mitsubishi Motors. Exports began in the following year to Ecuador and soon thereafter to the Benelux countries. its entered the British market in 1982, selling 2993 cars in their first year there.

Hyundai Motor India Limited –Manufactures of Hyundai cars in India. It is a fully-owned subsidiary of the South Korean automobile manufacturing giant, Hyundai Motor Company. Hyundai Motors entered India for the first time in 1996 with the launching of its plant at Irungattukottai in Tamil Nadu on 06 May 1996. At that time, the Hyundai was an unknown entity in India. Maruti, Hindustan, Premier, Tata and Mahindra were the only Indian automobile manufacturers at that time.

Hyundai released their first model, the Hyundai Santro on 23 September, 1998.

Most selling car in India

Hyundai sells several models in India, the most popular being the Santro Xing, i10, Hyundai EON and the Hyundai i20. On 3 September 2013.

With this, the 2020 Hyundai Creta has become the highest-selling car in nation, with a massive lead over the Maruti Ertiga, With prices starting from Rs 9.99 lakh (ex-showroom).

Hyundai logo was initially confused with Honda logo, however, as the Korean company emerged as a major automotive power, people got used to its emblem. Basically, the H letter, in the Hyundai logo, is tilted to the right and gives fluid and smooth impression, its design gives a friendly and attractive image of the brand. Hyundai is a young manufacturer by the automotive industry standards, but its logo has already become recognisable all over the world as the Korean car company managed to emerge as one of the leaders on the global market.